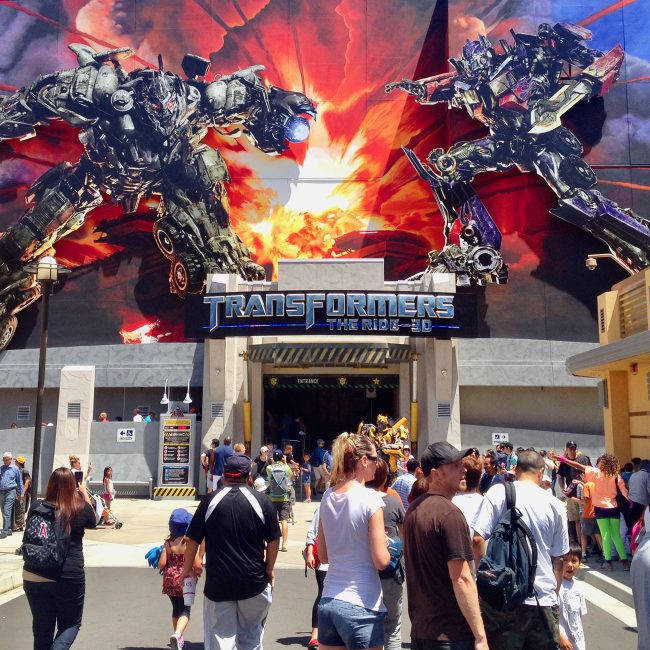 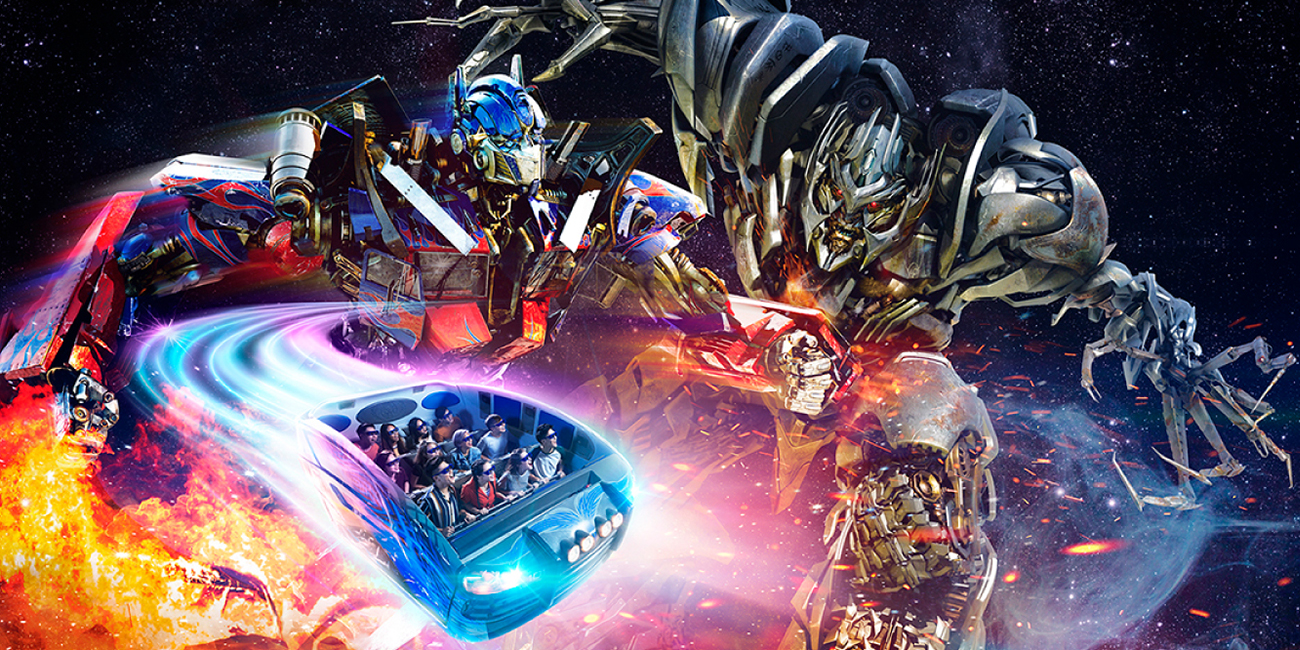 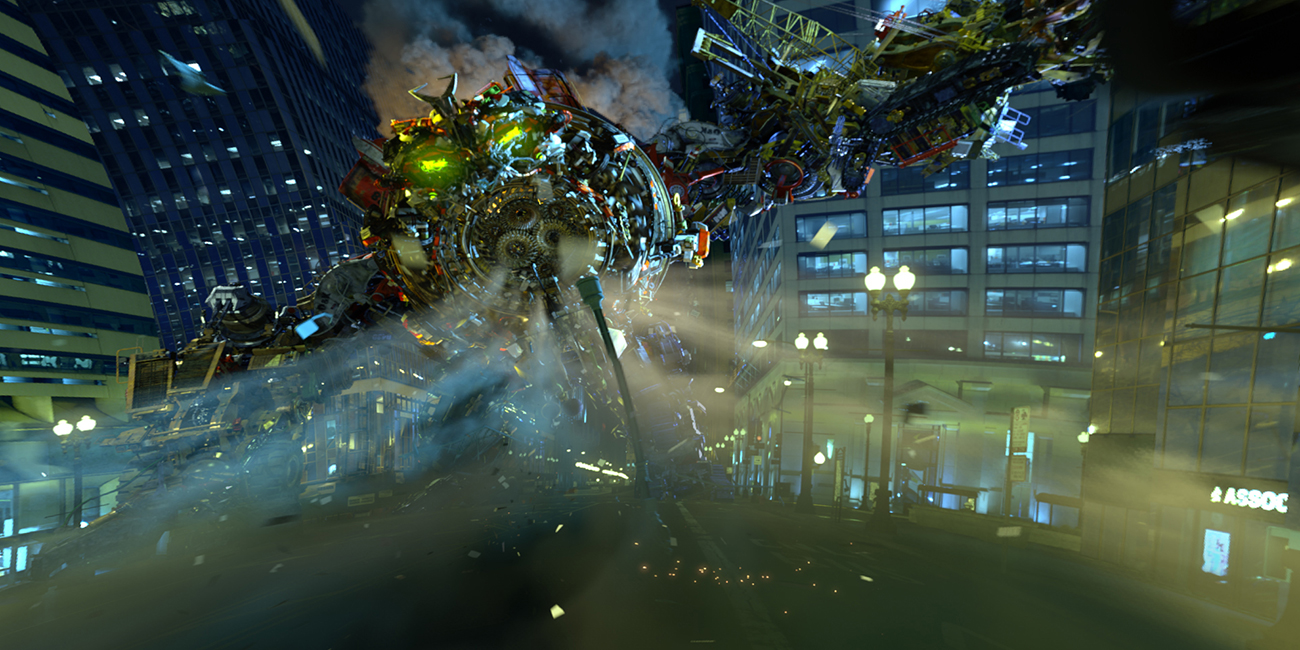 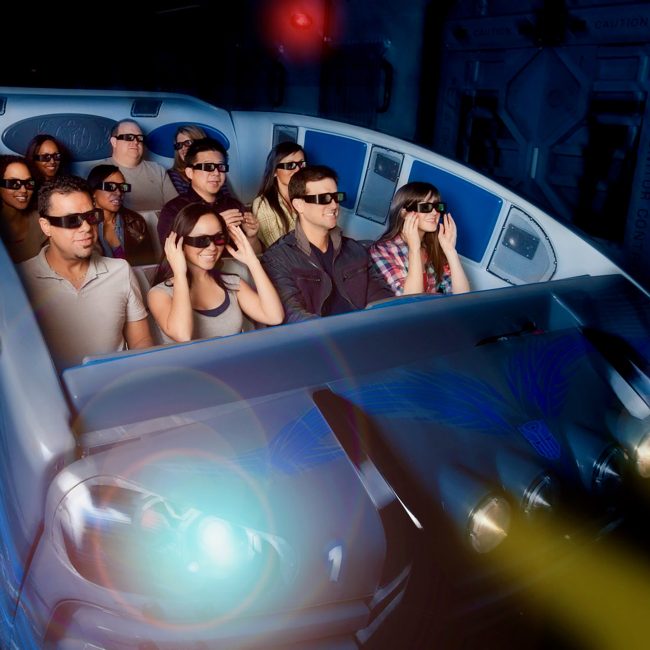 Chick Russell & Company was retained to write and produce a ride that overpowers your senses with motion, heat, wind and water effects. Projection on huge screens were synchronized to the movement of roving flight simulator robot vehicles to take you under and over a city under attack. Produced with Michael Bay and Industrial Light and Magic and based on the film series produced by Stephen Spielberg.

Why Transformers: The Ride 3D is Awesome
“The fate of the planet is at stake, and you are along for the ride in the incredibly immersive, larger-than-life, 4-D, battle to the finish between the Decepticons and the Autobots. It’s another in-your-face, rock-em, sock-em, sensory-overload attraction from Universal (really, do they make them any other way?) that will leave you breathless and wondering, what the heck just happened. I’ll tell you what just happened: Universal rocked and knocked your socks off—yet again.”