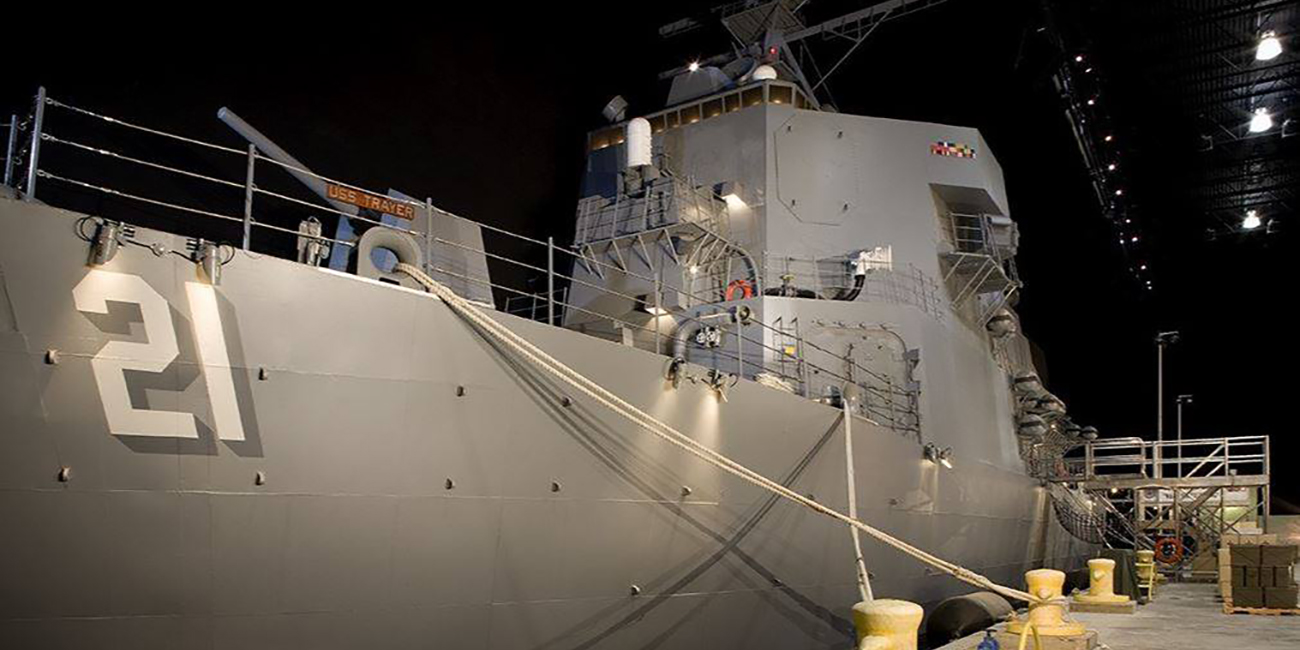 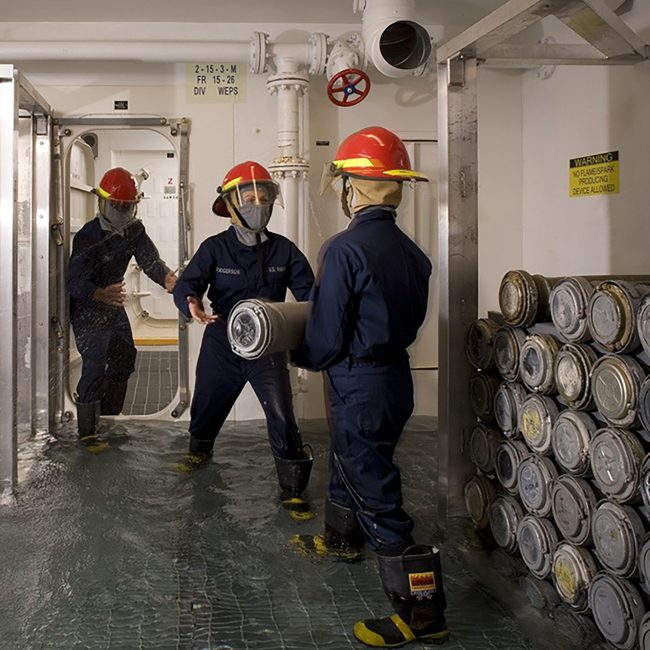 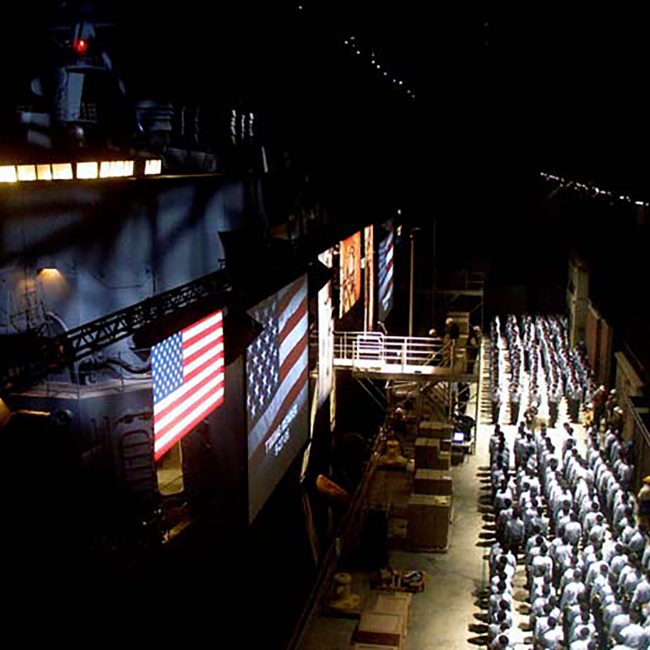 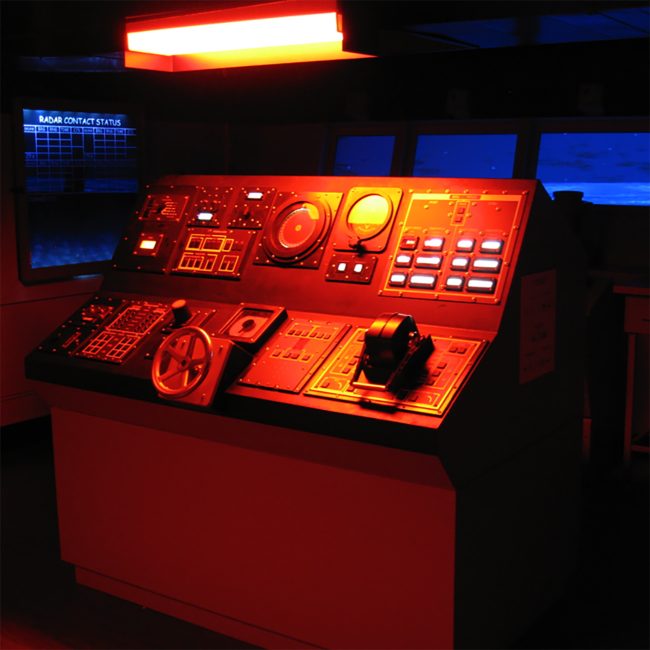 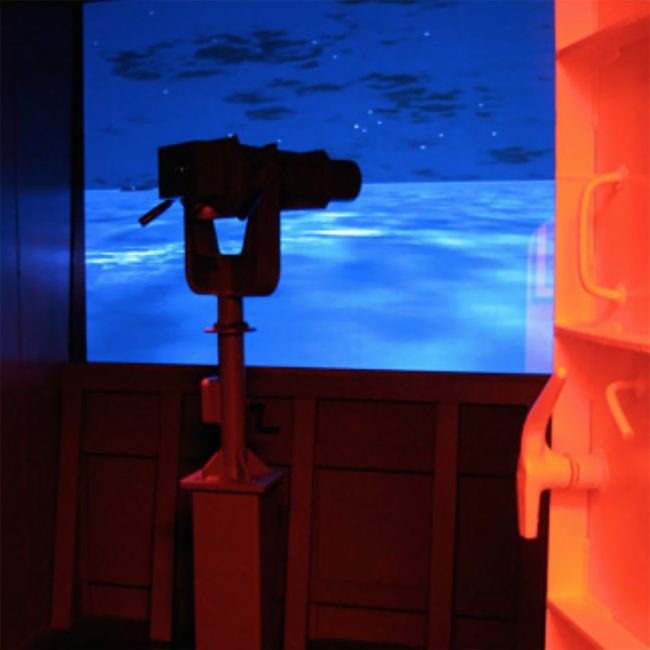 Chick Russell & Company was retained to complete the creative development and direct the staging of this live, 12-hour mission aboard Battle Stations 21. We collaborated with naval experts and went to sea on a real destroyer to gather research. We wrote an immersive, interactive script that called for realistic window projections, authentic shipboard audio and video announcements, missile-hit floor vibrations, and real fire, smoke and flooding.

We also trained the trainers how to use wireless handheld devices to the activate multiple simultaneous scenarios. Before recruits are allowed to graduate from Navy boot camp, they spend an entire night onboard Battle Stations 21, manning the bridge, standing lookout, performing onboard search and rescue, stopping floods and combating shipboard fires. Battle Stations 21 is so realistic it is considered the final test before recruits are approved to go to sea.

“Another showcase of the current program is a $82 million high-tech sea rescue trainer, called Battle Stations 21, encased in a two-story building; it won the 2008 excellence award from the Design-Build Institute of America, a commercial construction trade group based in Washington. The station is a scaled-down replica of a guided missile destroyer, moored in a moat. It offers realistic simulations of the sights, sounds and smells that might be encountered at sea.”